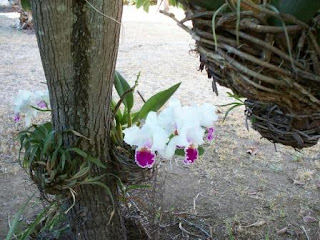 The last two weeks have been a real delight! We were on the road again and we had company!

We drove to Copala on Monday, March 17th and spent the next two days visiting friends there. What a treat to find our Cattleya orchid in bloom – six huge blossoms! It was breathtaking!

On Wednesday afternoon, we went into Mazatlan to retrieve Sean, Stanley’s youngest son, from the airport and drove back to Copala. We spent all day Thursday exploring some of our old haunts including the ancient church and silver mill at Guadalupe and the village of Panuco. We thoroughly enjoyed introducing Sean to the REAL Mexico. 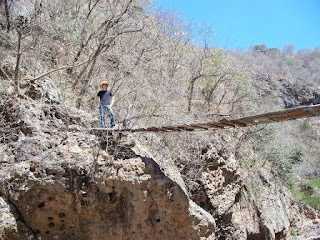 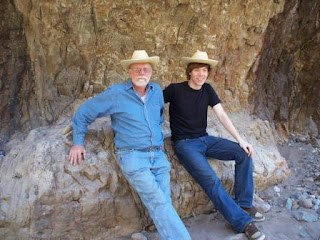 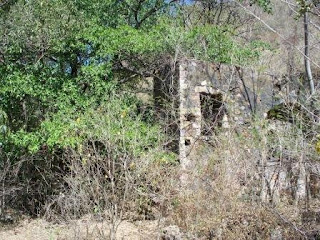 On Friday, we drove back into Mazatlan for some time in the Golden Zone. 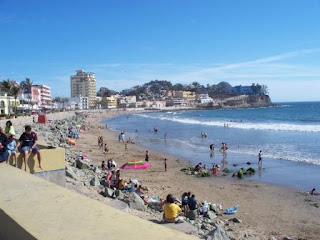 Since Sean’s trip fell right in the middle of Semana Santa, there was not a hotel room to be found in the entire city, but once again our good friend Luis came 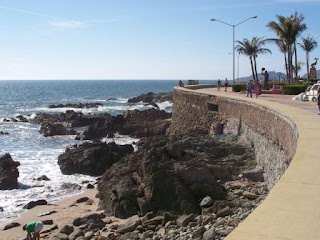 to the rescue. He and his lovely wife Rossana have rented a home in Old Town Mazatlan and with Rossana out of town for the week, Luis graciously invited us to stay with him and his two young sons. It worked out perfectly. The house is in an old building just a few blocks from the beach, the cathedral and Plaza Machada, home of the best food in Mazatlan except for Luis’s kitchen. 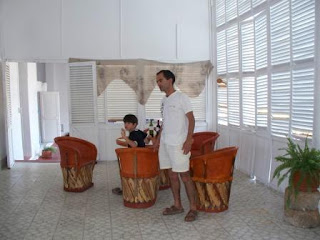 We took full advantage of the location and Luis’s hospitality. He included Stanley and Sean in a trip to Stone Island where they feasted on grilled fish and walked for miles on the beach. I stayed back in the city and enjoyed the company of a good friend, a quiet lunch, and a little time for reflection in the cathedral.

On Sunday, we drove to Durango. The road with all its curves and spectacular scenery never fails to thrill me and it’s always at its best when shared with someone who is seeing it for the first time. Sean was duly impressed! Pictures never do the road justice, but I never tire of trying and we managed to get a couple on this trip that were pretty good. 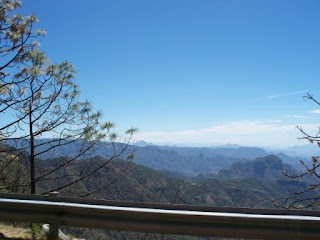 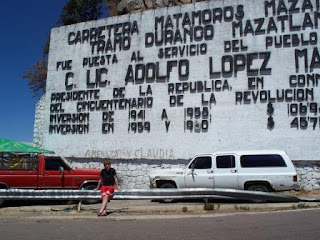 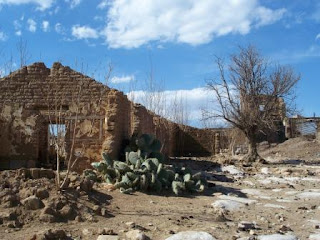 We stopped at an interesting little village, Otinapa. The last train went through more than 15 years ago, but the station and the track are still in wonderful condition. I thought the old depot would make a great house, but Sean kept talking about making a restaurant of it. Was that an entrepreneurial interest or was he just hungry? 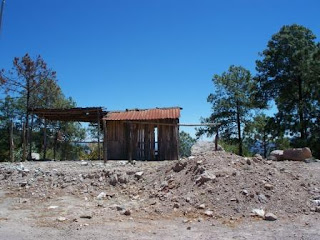 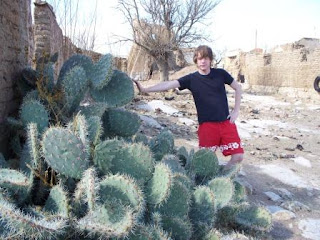 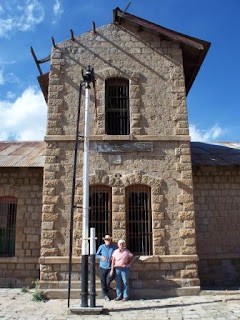 On Monday, we were back in the car for the drive to Parras. 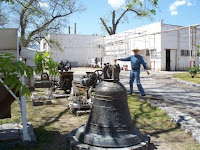 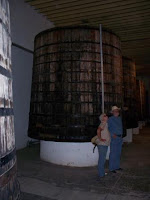 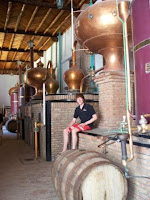 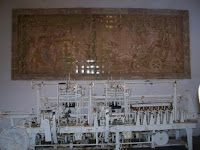 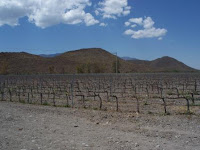 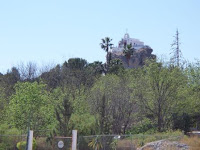 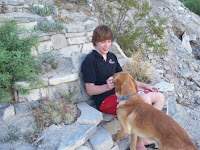 The next few days were typical Perote Days. We went grocery shopping, cooked, read, worked in the garden, watched the sunset and walked on a daily basis. We toured the Casa Madero winery and Santa Madero Church, ate in both of Parras’s best restaurants and bottled three gallons of wine. Sean explored the bat cave, went on a desert hike and did some swimming – it’s still too cold for us. He spent the last day of his visit creating an impressive looking set of steps in the desert garden. On Saturday, the 29th, we took him to Torreon. We started missing him before he ever cleared airport security and we really missed him later that afternoon when a trailer load of composted manure was delivered. You must be able to imagine why that was.

I took my last blood thinning medication on March 25th and celebrated 50 days of my new heart beat on the 28th. I feel great!

The weather here has been delightful except for the wind. In the interest of complete disclosure, I have to admit that the wind is not always pleasant, but it seems a reasonable price to pay for all the rest which is close to perfect.

Another orchid is blooming in our bodega garden. We started preparing the soil for an asparagus bed yesterday after about two hours of bird watching. The birds have all returned and what a wonderful bunch they are!

I am sure that all of you are seeing at least the promise of spring. Wishing you the very best of it and most importantly the time to enjoy it . . .

We think of you often and that’s no April Fool’s Joke! However, I am at a loss to know why the site won´t allow me to add the rest of the pictures I have to illustrate the good time we had. Darn! I guess maybe that´s the joke on me today. I´m trying to laugh about it!
Dona 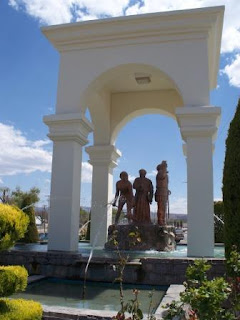 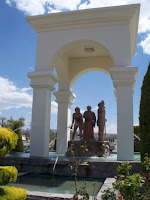