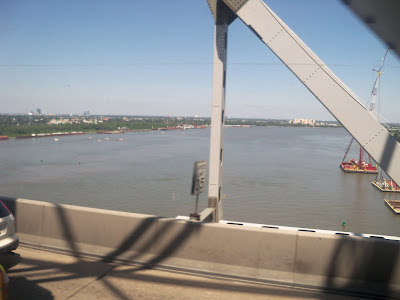 The train was to depart at 6:00AM so we had to be up early! Very early! With Ken's help, we determined exactly how much time we would need to make the trip to the train station and still have time for a cup of coffee before we left.

We planned for every possibility except one: when the taxi arrived, the driver didn't have a clue where the train station was or how to get there. 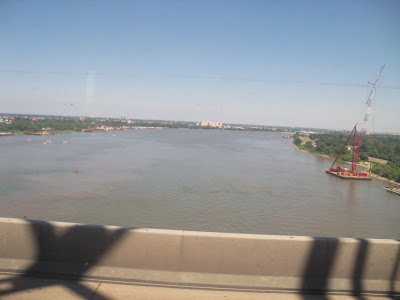 He plugged in his GPS and followed directions. However, that GPS must have had some issue with freeways because we found ourselves going over speed bumps on narrow neighborhood streets, through wooded parks, and then found the train station in the middle of a construction site with a mind-boggling series of detours. We made our train, but we were already rolling down the track before we got our suitcase stashed. 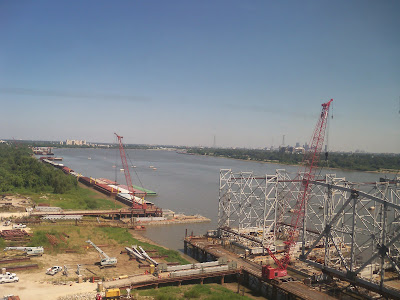 We arrived in New Orleans on schedule and walked to the hotel; had a salad at a nondescript bar; and danced at Mulates, our favorite place in New Orleans. Next morning, we were at the station in plenty of time to relax before boarding the train for Washington DC. No more "just in the nick of time" arrivals for us!
Arriving in DC the next morning, we did our usual metro run to our usual College Park motel. It was almost like coming home.